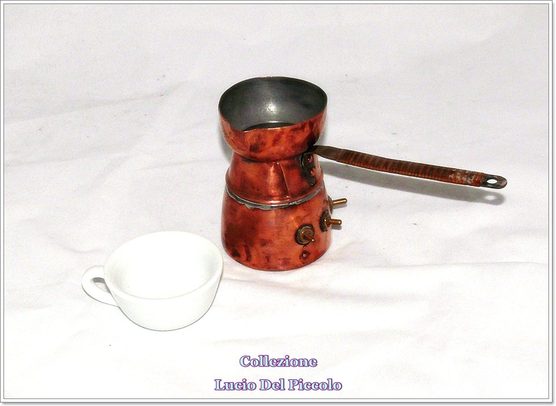 Coffee is surely one of most difficult beverage: there are so many variables which can affect the final result in cup:

Different kinds of coffee beans like Arabica or Robusta

Different kinds of roasting with different temperatures and colours

Different kind of mixings among thousands kind of beans

Coffee was considered a sort of medicine in the past, or a kind of “magic” beverage prepared in Africa or Arabia with a ceremony. So, about 250 years ago, it became more and more affordable and many inventors and conoisseurs begun to create new different kind of brewers.

During the 19th and the 20th century all the new technologies and materials were applied to improve taste and aromatic flavours.

The oldest way of brewing coffee was the “boiling system” used in the Middle East starting from the 15th century.
The “classic”Turkish way starts from cold water mixed with sugar and coffee ground extremely fine; the pot called Ibrik is then set on fire and let it boil three times before serving.

Lately in the 18th century the Venetian modified the method, mixing the coffee ground after the boiling point.

In the 19th century it was largely used by Cowboys

Continue Boiling System
Back
Powered by