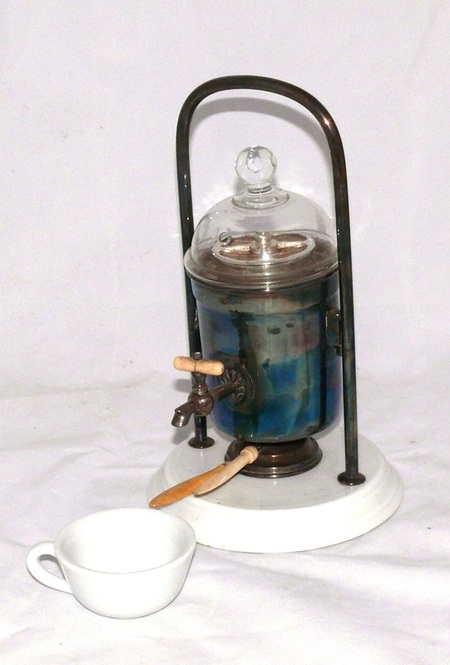 In 1818 in Germany and then further developed in 1833 in England, raised up the idea of ​​using the "steam pressure" generated in a boiler to force the hot water through the ground coffee. In fact it was a real revolution that gave life then in the next century of the drink prepared quickly: the "espresso" coffee.

Coffee machine called " Steam Fontain " produced in Vienna in 1890, made of silver for the officers of the Territorial Austro-Hungarian KK Army.

Next Page
Powered by