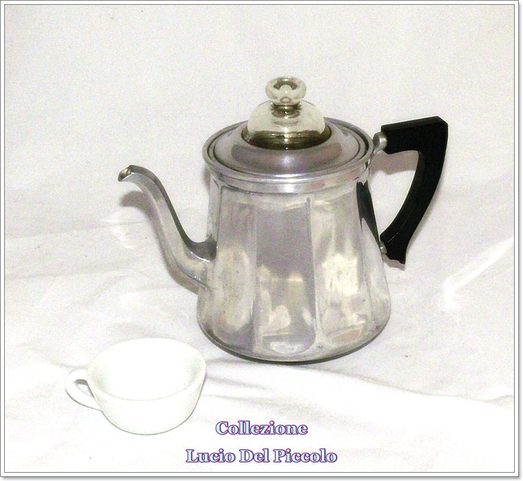 The patent, for one of the most popular methods of coffee preparation, is from 1837: the system
of " recirculating percolation", more commonly known as "Percolator". It is based on a physical principle of expansion of the fluids to drain water gradually and increasingly hot towards the filter-container boxed; the beverage falls within the container and set up a recirculation that allows to extract a large amount of caffeine. Unfortunately the result in the cup is lower than the other methods but its ease of use decreed its success for more than 100 years.

Percolator "Colonial Pattern Percolator" manufactured by Landers, Frary & Clark in New Britain, Connecticut, about 1905. Made in aluminum which was an uncommon material in that period.